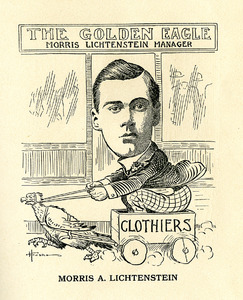 Morris A. Lichtenstein was listed at 428 South Governor Street in the 1910 Census. He was born in 1880, and his wife was named Stella. Maid Julia Ryan also lived at that address. He was the manager of Golden Eagle Clothiers.